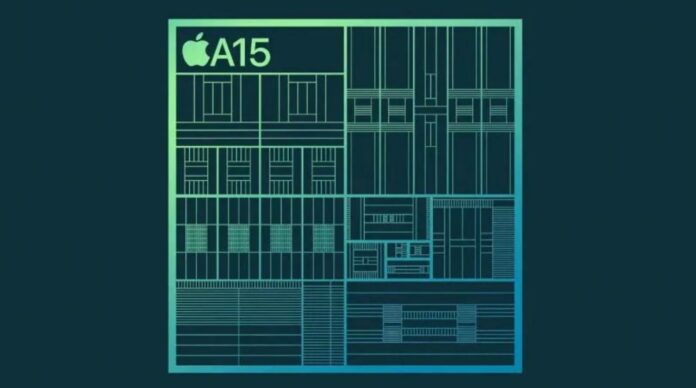 Apple did not offer a direct comparison between the iPhone 13’s performance and that of the iPhone released the past year, as it usually does, at the device’s unveiling. Instead, Apple concentrated on the competition, claiming that the latest A15 Bionic chip was 50% quicker than competitors’ processors, a claim that AnandTech has now put to the test in an extensive and detailed assessment.

Surprisingly, the figures imply that Apple was exaggerating the supremacy of its latest technology.

The Snapdragon 888 is the A15 Bionic’s major rival. According to AnandTech’s testing, the former is actually 62 percent faster than the latter.

The supremacy of the A15 chip could be explained in several ways. One is that the device cache has been quadrupled to 32MB since the debut of the A14 last year. Furthermore, the L2 cache has indeed been extended from 8 to 12 megabytes, it’s the same as the M1 chip present in current Mac machines.

Of course, it’s debatable if such tremendous performance is truly essential in a smartphone at this point – the iPhone 12 is good enough to run anything from the App Store without problem – but it does provide a significant amount of future-proofing. This will give software developers the green light to be more ambitious with their products, knowing that the technology is improving all the time.

Another intriguing aspect of the A15 is that Apple doesn’t really appear to have emphasized performance above energy efficiency, which is far better than previous and rival CPUs. According to AnandTech, efficiency enhancements “are likely fundamental to the new considerably longer battery performance of the iPhone 13 series phones,” and having balanced performance and efficiency upgrades in the same release is a remarkable achievement.