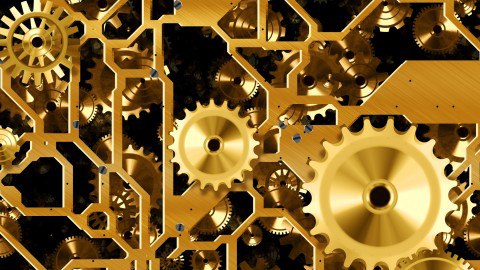 Note: This course is intended for absolute beginners to programming OR those who don’t mind a slower pace to learning Java. If you’re looking for a faster-paced course, this may not be for you (though you can play back at 2x speed & may still find great things to learn). Also, even for those who already know some basic Java, you could skip over the parts you already know and focus on those you may not, like Regex, Streams/Lambdas API, Optionals, Date/Time, SQL/Database/JDBC sections that even seasoned Java developers may not know as well as they should. Many of my sections on these APIs are as long or longer than MANY stand-alone courses dedicated to just one of these topics – for similar prices. Check out my preview videos from each of those sections to gauge how deep I go into each topic.

If you’re interested in starting a new career as a professional software developer, learn the fundamentals from an instructor who has interviewed, hired, managed & mentored numerous developers over the years. This course will teach you all the REAL Java skills you need to land your first job and excel. It focuses on skills you’re actually likely to use most often and tries to de-emphasize more “academic” knowledge.   The instructor has taken his experiences and observations of both successful and unsuccessful developer candidates to create a course that tries to ensure success in landing highly-coveted developer jobs.

In this course, you’ll learn such topics as:

Too many so-called “Java” developers have learned the syntax of the language but have no idea how to harness its actual power to write sophisticated software that’s easier to maintain and collaborate on.

Another unfortunate observation is that a majority of Java developers are very weak with Regular Expressions. This is unfortunate because so much of what Java tends to be used for, involves processing text and checking that it is valid or parsing key information out of it. Without the use of Regular Expressions, these tasks require considerable amounts of error-prone code that is inflexible and difficult to maintain.

Another sore-spot among a large number of Java developers. As of 2021, Java 17 is out, but the Functional programming APIs of Lambdas & Streams were introduced into Java with version 8. We’ve observed that developers simply aren’t keeping up with these powerful (not-so-new anymore) techniques that help keep Java competitive and efficient in an increasingly functional programming world. You can sift through large datasets with ease and significantly less code with these APIs.

Tony Hoare, the inventor of the programming concept of “null”, called its invention his “billion-dollar mistake” dating back to 1965. That mistake has gone on to wreak havoc across numerous programming language ever since. Optionals seek to remedy that mistake. Unfortunately, not enough Java developers have learned and embraced the power of using Optionals. This topic seeks to remedy that shortcoming.

Java was introduced in 1995 and heralded as the great, shiny new programming language of our time. To a large degree, one could argue that it is indeed, that. However, mistakes were made along the way. One of those mistakes was the way dates & times were handled. Java 8 made major strides in fixing those mistakes, but as with Optionals, Lambdas and many other topics mentioned, not enough developers have taken the time to learn the new and greatly improved Java 8 Date/Time API. We’ll show you how to keep time the right way.

One of the topics where it seems Java developers actually have kept up (mostly) is in learning modern ways to work with databases in Java – primarily through the use of frameworks like Spring Boot. However, one unfortunate side-effect of the massive levels of abstraction these frameworks afford us, is that many developers have little-to-no idea of what these frameworks are doing or how to use them to maximum effect. We’ll peel back the covers and give a solid foundation of the basics to better empower developers as they inevitably continue to use frameworks to make this work easier.

An Introduction to The Spring Framework & Spring Boot

The Spring Framework & its sibling, Spring Boot, have absolutely revolutionized modern Java software development – particularly for business. Dare I say virtually no company doing Java these days, even considers doing it without Spring or at least one of its few and much less popular competitors. You WILL have to learn Spring to be a true and well-rounded Java developer competitive in the job market. Though this course if focused on the fundamentals of Java, we knew we had to whet your appetite for the full(er) stack of Java development. Spring is what most companies use to enable their Java applications to become web applications and web services and talk to databases. This module will set you up for Neutrino’s upcoming course dedicated to the topic in full (because it deserves its own course).

So, if you’re willing to put in the work, come join us and begin the next phase of your career.