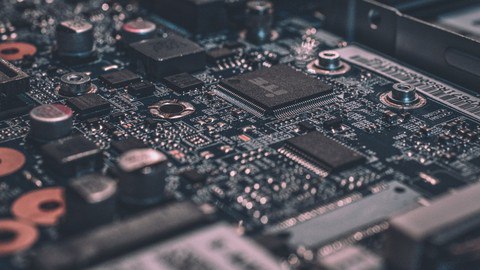 So, what again is a computer? We have computers everywhere, we have a computer on the desktop over here, we have a computer in a laptop or phone, an iPad. So, we can define a computer, as a general purpose device, that can be programmed, to process information, and yield meaningful results. So, mind you this definition has several facets to it; the first is, that a computer you should be able to program it. So, circuit that does a specific action is actually not a computer.

So, for example, let us say that you have small thermometers on top of the room, which is showing what the current temperature is? That is not a computer even though you know is showing it is temperature on a nice screen. The reason is that this device cannot be programmed. Second, it needs to be able to process some information that is given from outside; like you enter some information via a keyboard or a mouse. It is processing

that information; it needs to yield meaningful results. So, all these three facets are important for defining what a computer is.

So, how does the computer work? A computer has a program which tells the computer what needs to be done; that is because, the way that we have defined a computer, is that it should be possible to instruct it to do something. So, having a program is point number one. Second there needs to be some information that the program will work on. For example, let us say you are trying to you clicked the photograph, and the photograph has some red eyes. So, we are trying to remove the red eye effect in photographs. So, in this case the photograph will be the information stored, and the program will be the piece of code; that is working on the information, photographs in this example, and then the finished good looking photographs is the result.

So, what is the program again, it is a list of instructions given to the computer. The information store is all the data image images, files, videos that a computer might process, and the computer once again is an intelligent device that can be instructed to do something, on the basis of the instructions, it processes some known information, to generate new and better and meaningful results.

So, let us take the lid off a desktop computer and see what is over there. So, if you take, if you open a desktop computer, the first thing that you see over here, is a green board, and this is called the motherboard. So, this is a circuit board for the rest of the circuit is r. The two most important circuits is that at least we are interested in at the moment, is the CPU the central processing unit, which is the main brain of the computer. This is the CPU. You would also see a small fan on top of it the job of the fan is to remove heat, and it is the other rectangle over here which is called the memory of the main memory. So, this temporarily stores the information that the CPU the processor is going to use, and the computer processor reads data from main memory processes it and writes it back.

We also another very important unit over here which is the hard disk, this also saves information. What are the key differences between the memories in the hard disk; number one, the memory storage capacity is small. Maybe in today’s day and age it might be like 32 gigabytes, whereas, the hard disk storage capacity might be 10 times more or 20 times more. So, so we will get into the definition of how much what is a kilobyte or megabyte or gigabyte in chapter two, but essentially it is a unit of storage. So, the hard disk can typically store 10 times more data, but it is also significantly slower.

The other advantage of a hard disk is that if I turn the power off, all the data in the memory will get erased, whereas the data in the hard disk will remain. So, those are the differences. So, in this course, we will primarily be interested in these three unit is which

are the CPU the memory and the hard disk, but mind you there are many other smaller processors all over the motherboard. So, will not have a chance to talk to them, but we will have a chance to at least discuss some of them, in the last chapter, in chapter 12 not at the moment though.

What more do we need to add to make this a full functioning system. We need to add I O devices, input output devices. This can include a keyboard a mouse for entering information. And for displaying information, it can be a monitor or a printer, to display the kind of information that a computer has computed. It can be other media also; like the network or a USB port, but we will gradually see what these are, at the moment let us confine ourselves to a very- very simple system.